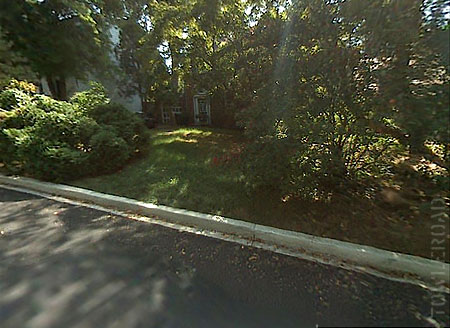 The home of pioneering LGBT rights activist Frank Kameny, which in February 2009 was declared a District of Columbia Historic Landmark, has now been listed in the National Register of Historic Places, according to an announcement from the National Park Service: 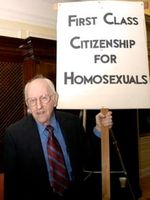 In 1961 Kameny co-founded the Mattachine Society of Washington, an organization committed, through activism to achieving equal social and legal rights for homosexuals. Through lobbying of government officials, testifying before congressional committees, bringing court challenges, and picketing the White House, Kameny and his allies pressured the U.S. Civil Service Commission to eventually abandon its policy of denying homosexuals federal employment. Kameny led efforts to remove homosexuality as a basis for denying government security clearances. He was also involved in the first legal challenge to the U.S. military’s policy of discharging gay and lesbian service members, including the much-publicized case of gay Air Force Sergeant Leonard Matlovich. Kameny played a leading role in attacking the American Psychiatric Association’s (APA) definition of homosexuality as a mental illness. In 1973, the APA voted to remove homosexuality from its Diagnostic and Statistical Manual of Psychiatric Disorders. In 1998, President Clinton signed an Executive Order banning discrimination in federal employment based upon sexual orientation.

For years, Dr. Kameny’s residence at 5020 Cathedral Avenue, NW, in Washington, DC, served as a meeting place, archives, informal counseling center, headquarters of the Mattachine Society, and a safe haven for visiting gay and lesbian activists. It was here that Dr. Franklin E. Kameny developed the civil rights strategies and tactics that have come to define the modern gay rights movement.

Kameny died in October at the age of 86.