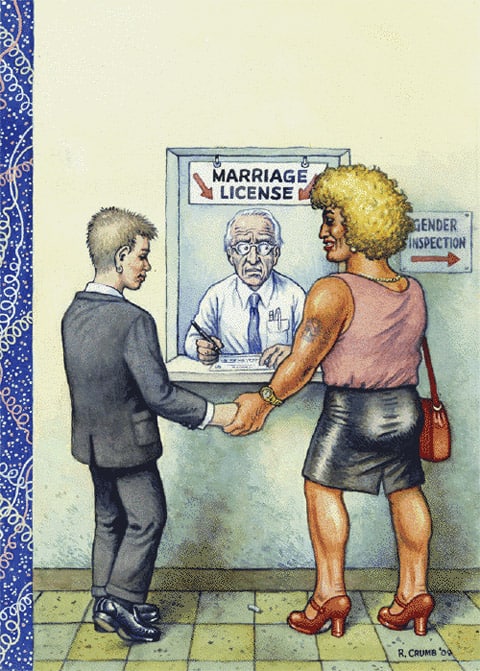 The New York Observer has posted this never-published illustration by popular artist Robert Crumb which was displayed at the Venice Biennale in June. Crumb had intended it for the New Yorker in 2009, when New York was still in the throes of the battle for marriage equality:

"Though an answer was never given on why the cover wasn’t run, Mr. Crumb suspects it was because the New Yorker was too afraid of offending people with the image of a (possible?) drag queen and a twee person of unidentifiable sex trying talking to a sweating official from the marriage license bureau, with a sign pointing to a “Genders Inspection” office next to his window."