A new poll from the Minneapolis Star-Tribune sees voters divided on the issue: 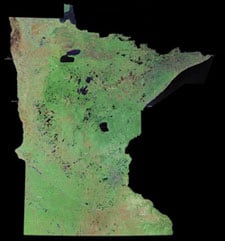 A year before they face the issue on the ballot, 48 percent of Minnesotans favor such an amendment while 43 percent oppose it. That falls within the poll's margin of error of plus or minus 4.4 percentage points.

The poll of 807 adults statewide, conducted Nov. 2-3, shows that battle lines will be drawn on clear partisan, generational, educational and geographic fractures.

Significant majorities of older voters, Republicans, voters with no college education and Minnesotans living outside of the metropolitan area support the amendment, which would have the effect of constitutionally banning same-sex marriage in Minnesota. Similarly, significant majorities of younger voters, Democrats, college-educated and metro-area voters oppose the amendment.

Here are the results (via Star Tribune) 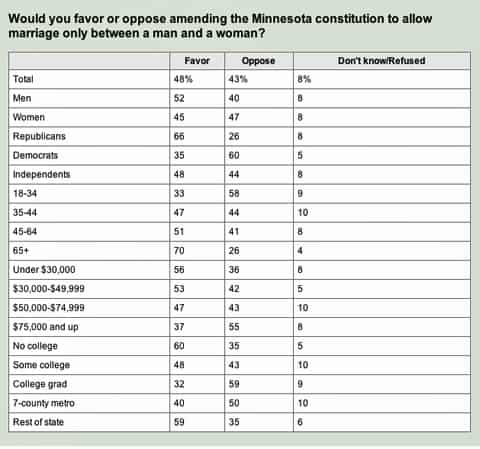