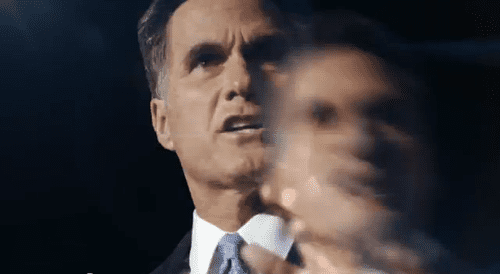 Last week, the DNC launched its first attack ad of the 2012 presidential election season. Called "Mitt vs. Mitt," the ad calls attention to Mitt Romney's famous record of flip-floppery. (You can watch it AFTER THE JUMP.) Maggie Gallagher, the writer, anti-marriage activist, and former head of NOM, didn't like it much. On Friday, she published a column at Real Clear Politics, insisting that Romney has never flip-flopped on the issue closest to her heart: putting an end to same-sex marriage in America. (To be fair, the ad never claims he has.) On marriage, she says, Romney's been a "rock," and he bears no culpability for the realization of marriage equality in Massachusetts during his time as governor:

When the people of Massachusetts mobilized the most massive signature-gathering operation in the state's history in support of a marriage amendment defining marriage as one man and one woman, Romney supported the effort.

Under that state's constitution, 25 percent of the legislators must vote twice to approve a proposed amendment before it goes to a vote of the people.

After he left office, the Democrats succeeded through a massive arm-twisting campaign to kill off the marriage amendment in the second vote.

If Romney had had another term as governor, the people of Massachusetts would have won the right to overrule their court and reverse gay marriage, as the people of California did.

Gallagher goes on to explain that none of the other viable Republican presidential candidates have been so consistent on marriage. Not Gingrich, not Paul, not Cain. (Gallagher published this article the day before Cain dropped out of the race.) Certainly not Obama — who, she reminds us, ran for president while opposing gay marriage:

He went before the Rev. Rick Warren in 2008 and told voters out loud that he opposed same-sex marriage. Then as president, Obama turned around and refused to defend against court attacks DOMA, which defines marriage as one man and one woman.

His own defenders say Obama's not a flip-flopper — he was just lying to the American people to get elected.

Lying? Maybe Gallagher should re-watch that conversation with Warren. Obama acknowledged that he personally believed marriage was between one man and one woman, and that, as a Christian, he thought "God was in the mix" when people tied the knot. What he didn't say was that his own, personal prejudices ought to be enshrined into law.