A Ugandan man detained by immigration officials for almost two years has been freed on bail but now faces deportation hearings, 10 News reports: 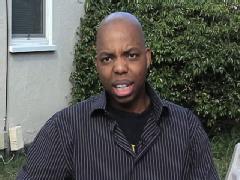 For Bukombe, who is a musician, it was a dream born from a nightmare. Eight years ago, he arrived in San Diego from Uganda. He said his work visa expired several years ago. During his time in San Diego, Bukombe came out as a gay man but was afraid to go home. Fueled by religious forces, Uganda had been considering a law that would have imposed the death penalty for certain homosexual acts. During that time, a mob beat one of Bukombe's friends to death. 'I didn't want to die. I didn't want to go back and die,' Bukombe said. In early 2010, Bukombe was stopped for a DUI after eating Jell-O at a birthday party.

Bukombe was then detained by immigration officials:

He hired an attorney, but could not pay for him. After languishing for several years, Bukombe discovered a $20,000 bail had been set early in the process. Hector Martinez, a friend of a friend, started a campaign supporting Bukombe, including a petition drive. 'We think either paperwork got sent to the wrong address or the attorney never informed him,' said Martinez. Martinez raised $6,000 and took out a loan for the remainder of the bail.

San Diego Gay and Lesbian News reports: "Now that Bukombe is free, he must complete the terms of his bail. Martinez and Ogle said that Bukombe's former boss would rehire him after his release, and he has a number of friends in San Diego who have promised to look out for him. The next legal step to fight deportation is an an appeal, and Bukombe's supporters are hopeful because of the Obama Administration's new policy toward LGBT immigrants who face persecution or the threat of death in their homeland."

Previous Post: « Towleroad Guide to the Tube #1031
Next Post: NC Baptist Leader Hopes That Marriage Will Be Kept Away from Gay ‘Sinners’ in a ‘Civil’ Manner »