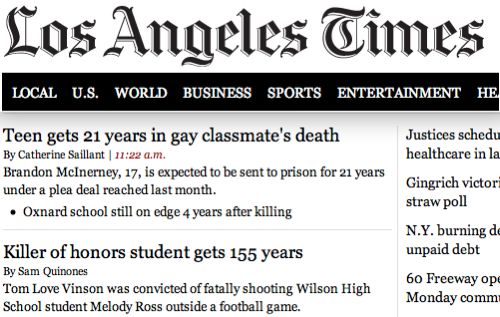 An unfortunate juxtoposition of headlines at the L.A. Times.

Larry King's father lashed out at the jury during today's sentencing:

Greg King, reading a biting four-page statement to the court before Brandon McInerney was sentenced to 21 years in state prison, called jurors "incompetent" for failing to reach a verdict in the murder trial. McInerney pleaded guilty to second-degree murder and manslaughter rather than go to trial a second time.