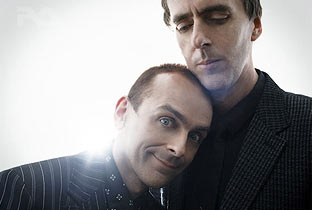 Director Danny Boyle, the artistic head of the London 2012 Olympics has hired Underworld duo Rick Smith and Karl Hyde to provide the music for the Opening Ceremony, according to the Hollywood Reporter:

The music pair will be responsible for all the music in the three-hour ceremony, scheduled for July 27, 2012. Underworld and Boyle have enjoyed a long and diverse collaboration since Underworld’s track Born Slippy featured in Boyle's Trainspotting. Smith and Hyde worked with Boyle on music for several of his films including A Life Less Ordinary, The Beach and co-scored the 2007 sci-fi film Sunshine. In 2010 the duo joined Boyle to work on the National Theater production of Frankenstein.

Revisit "Born Slippy", AFTER THE JUMP…