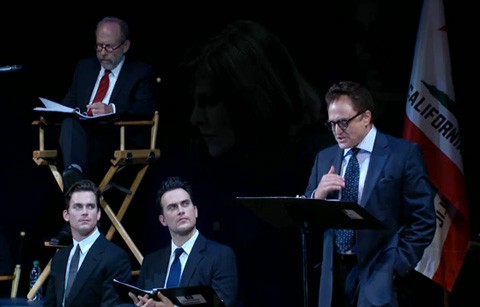 The full cast (or close to it) has been announced for the West Coast production of 8, Dustin Lance Black's play about the Prop 8 trial.

Jane Lynch will play prominent opponent of marriage equality Maggie Gallagher, co-founder and former chairman of the National Organization for Marriage.  Rob Reiner will play David Blankenhorn, founder and president of the Institute for American Values.

As you may recall, Gallagher attended the play's benefit performance in New York on some sort of surveillance mission.

The production will take place on March 3 and benefit the American Foundation for Equal Rights. Ticket information here.

Check out the long trailer for the play, shot featuring its cast from the NY benefit, AFTER THE JUMP…