An activist who worked to put D.C.’s same-sex marriage law on the ballot in a voter referendum in 2010 is now running for City Council and says he no longer opposes the law, the Washington Blade reports: 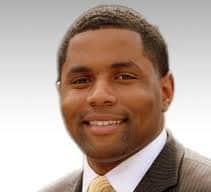 “I do not seek to overturn the Marriage Equality Act when elected,” Hunter told the Blade in a statement released on Tuesday.

“I will, however, continue to establish working relationships within the LGBT community to focus on issues that affect the quality of life for all residents of the District of Columbia,” he said…

…Hunter said he now considers the marriage law a “settled issue” and has no intention of raising it as an issue in a special election to fill Thomas’s seat that is expected to take place in May.

“My stance is that I respect the Marriage Equality Act,” he told the Blade. “It gives individuals the right to marry whom they chose. But also it gives our religious institutions the right to ordain marriage according to their beliefs. So that is something that I’m in agreement with. It is settled. It is a moot point.”