If you're sitting down for a Towleroad minute in Alabama, North Dakota, Indiana, or any of the 31 states where it is perfectly legal to be fired from your job for being gay, you may be asking yourself: what can we do about that? Democratic leaders like the retiring Massachusetts Congressman Barney Frank tried, but failed, to pass the Employment Non-Discrimination Act (ENDA), which would have banned discrimination on the basis of sexual orientation in employment much like Title VII bans workplace discrimination on the basis of sex. But, even though overwhelming majorities of voters of all stripes support such non-discrimination laws, conservatives in Congress are having none of it. 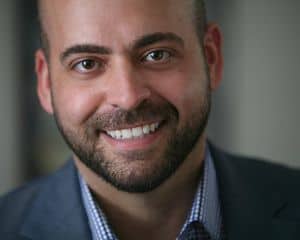 But, mini-ENDAs here and there do not solve the problem. With Congress paralyzed by Republican obstructionism, President Obama is picking up the torch and running with it. His "We Can't Wait" campaign accepts that he tried to work with Republicans on a host of issues, they refused, and now he's paving his own way. He has already flexed his executive muscles with recess appointments, immigration rule changes, and job creation proposals. Is it time for him to sign an ENDA executive order?

To discuss the probability of an ENDA executive order from President Obama and what it could mean for America's gay workforce, I spoke with Tico Almeida, whom you may remember from a previous Towleroad interview. Mr. Almeida is the founder and president of Freedom to Work, a new national LGBT advocacy organization protecting those that have been fired or harassed on the job for being LGBT and advocating for comprehensive reform to our workplace discrimination laws. For Mr. Almeida's expert analysis, please continue AFTER THE JUMP…

Why do we need an executive order? Mr. Almeida gives us the example of DynCorp, the 32nd largest federal contractor, which makes nearly all of its 2 billion in revenues from federal contracts.

[DynCorp] recently got in trouble for allowing a hostile work environment in which one employee was harassed and called “faggot,” “d**k-sucker,” and “queer” on a daily basis. DynCorp managers witnessed this harassment, and they did nothing to stop it. The company recently agreed to pay a six-figure settlement to close this one lawsuit, but they have not accepted real responsibility. They have still not revised their non-discrimination policy to include sexual orientation and gender identity. However, they now at least say they are considering it. To help them along in their thinking, Freedom to Work has teamed up with Change.org to create this online petition found here: http://www.change.org/petitions/dyncorp-international-stop-discrimination-against-lgbt-employees

I encourage all readers to consider signing the petition.

The next thing most people want to know is how would an ENDA executive order actually work? Mr. Almeida explains:

Let’s say a federal contractor in Texas or Florida fires an employee with a perfect performance record as soon as he comes out of the closet as gay. Under current law, that fired employee can’t file a complaint with any state agency, because neither Texas nor Florida has its own ENDA. He can’t file a complaint with the U.S. Equal Employment Opportunity Commission because Congress has not yet passed the federal ENDA.

However, after President Obama signs the ENDA Executive Order, the fired gay worker will be able to file a complaint with a the civil rights office at the U.S. Department of Labor. The Labor Department has 800 inspectors across the country that deal specifically with discrimination complaints against federal contractors. After an investigation, the Labor Department can litigate against the discriminatory company and win back-wages and reinstatement for the fired worker. So this ENDA Executive Order will provide real change for actual LGBT individuals who otherwise would have been denied justice.

After President Obama signs the order, in the next contract renewal each company will be required to add sexual orientation and gender identity to its non-discrimination policy if it has not already done so. For the top five federal contractors — Lockheed Martin, Boeing, Northrop Grumman, Raytheon, and General Dynamics, which receive about 25 percent of all federal contracting dollars – this will not require any changes whatsoever because each one of them already has a non-discrimination policy that includes sexual orientation and gender identity.

It’s worth noting that many of these big military contractors have publicly stated that they banned LGBT discrimination because it was bad for business.  These top companies have acknowledged that non-discrimination rules increase efficiency and the profitability of their operations. But further down the contractor rankings, some companies like DynCorp will have to improve their policies. According to research by the Williams Institute at UCLA Law School, this change will provide LGBT workplace protections for millions of jobs throughout the United States.

Whatever the exact number — researchers at the Williams Institute at UCLA Law School are currently analyzing just how many more millions of jobs will gain LGBT protections (expect a discussion of that research in a future post) — several millions is nothing to sneeze at, but it pales in comparison to the number of LGBT Americans in the workforce. How can we respond to the inevitable criticism from the President's impossible-to-satisfy critics on the left that this ENDA executive order does not go far enough? Mr. Almeida acknowledges that his goal at Freedom to Work is non-discrimination protection for everyone, but

the ENDA Executive Order is quite broad and will cover 22% of all jobs in the United States. This will be a huge accomplishment to add to the President’s record. I think President Obama has already accomplished more for LGBT civil rights than any prior president, and in fact, I think he’s done more than all of the other prior presidents combined. Looking forward, I also think that if President Obama wins a second term, he will be the one to finally sign ENDA into law. So we can think of his signature on the ENDA Executive Order this year as the down-payment on ENDA, and the rest will hopefully follow in a few years.

As we noted in our previous conversation on Towleroad last spring, there is a long history of executive orders in which past presidents made non-discrimination a condition of federal contracts in advance of Congress passing the federal statute that mandates that for all employers.

I think we can all accept that an ENDA executive order would, as a matter of policy, be a boon for the gay community: it may not be a perfect solution, but it will protect millions of workers and emphasize America's commitment to equality and the notion that you should never be fired for who you are. There are, however, two cautionary items to note.

First, executive orders can be rescinded by the executive. If a Republican wins the presidential election in 2012, he would have the power to rescind President Obama's ENDA executive order, as well as any other executive order — from the order banning torture to the one requiring partner visitation in hospitals that receive Medicaid funding. But, this is less a reason not to act than a reason to re-elect President Obama. After all, just because you're going to hop into your pajamas again tonight is no reason not to get dressed in the morning.

Second, wielding the executive order power does not strike us as very "progressive." Intellectual honesty is important, and many progressives — including then-candidate Obama – criticized the Bush Administration for creating an awesomely powerful executive branch with superpowers beyond the supposedly coequal branches of government. And, a strong executive has long been a pillar of modern conservatism. All true. But, President Obama spent more than enough time, energy, and wasted breath on a Congress dominated by conservatives in the House and paralyzed by conservatives in the Senate. Their constant obstructionism aimed at preventing President Obama from doing anything has perverted the constitutional balance of power to the point where it is almost as if Congress no longer exists. That may well be the conservatives' goal: an absent federal government can do no harm when you have no faith in the federal government. But, progressives believe in the transformative power of government and, as such, the executive should act where Congress should, but will not.

If President Obama signs an ENDA executive order — which I believe he will in the coming months — it will not only be yet another line on the long list of the President's pro-equality accomplishments, but it will be a lesson in the role of a national government. In a future column, I will discuss why federal action on ENDA the kind of action both liberals and conservatives should embrace as precisely the role of the federal government.

Previous Post: « Singer Etta James Dies at 73
Next Post: Man Asks for Help, Says Swedish Government Forcing Him to Get Sterilized for Being Transgender: VIDEO »