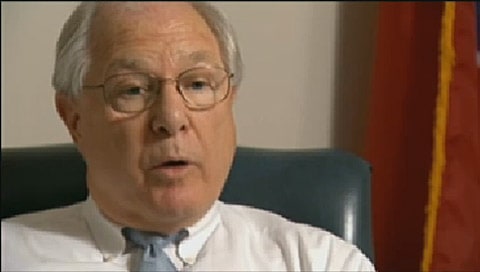 The proposed legislation would restrict access to public restrooms and public dressing rooms designated by sex, to members of that particular sex.

Says Floyd in an eight-minute transphobic and homophobic rant:

“I don’t care for what reason, how depraved their mind is, how perverted their mind is, or for what reason they think a man has a right to go into a women’s bathroom, or dressing room to try on clothes…I’m just sick and tired of society having to adjust to every little alternate life style, or little whim or someone who thinks they’re different…If things go in the future like Washington wants them to go, people will be marrying their dogs, their cats, and their horses. We can’t continue to let society go down a slippery slope of depravity and survive as a society.”

Watch Floyd’s rant (may take a few seconds to appear), AFTER THE JUMP…

“For any gender non-conforming, or gender variant person, we see this as a violation of their fourth amendment rights against unreasonable searches and seizures,” according to Richmond.

Adds Floyd: “This isn’t to penalize anybody. It’s to protect everybody.”

Video may take a few seconds to appear.