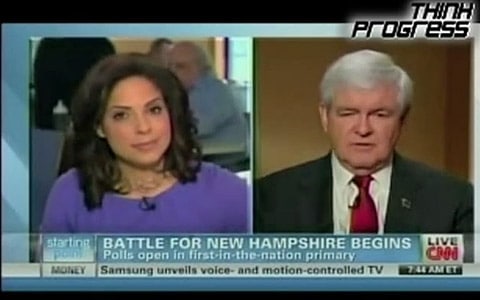 Soledad O'Brien attempted to correct Newt Gingrich this morning on his claims that Catholic charities were forced to close in Washington D.C. because of marriage equality laws, Think Progress LGBT reports. The fact is that D.C. Catholic Charities made the decision to close rather than accept funding that would have forced them to not discriminate against gay couples.

"No, that’s not true. That’s not true. There are states now, including the District of Columbia, which essentially adopt laws that say you can’t offer an adoption service unless you meet the secular standards of the state. They are in effect saying the secular standards of the state are more important than religious freedom. I think it is inherently anti-Christian and anti-Jewish. It is in favor of a secular model, that I think is wrong. And I think that it’s wrong for the government to impose its values on religion."