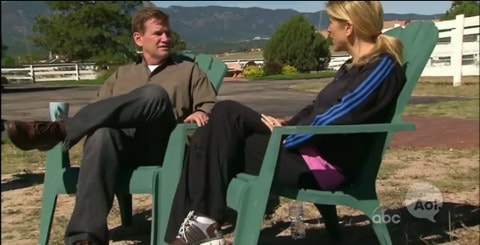 “No, we’ve never thought that.”

Haggard goes on to tell her that he believes in civil unions.

Watch that clip, and another in which Gayle lays out the rules, AFTER THE JUMP…