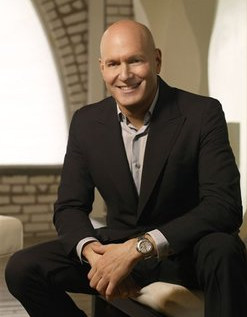 South Carolina's big primary is today, and Newt Gingrich is the most talked about man in America. He's been up, he's been down, and then he was up and then down and now up again, and the caprices of fate have given some Newtwatchers cognitive whiplash.

Dr. Keith Ablow is the most recent and obvious example. He's a pop psychiatrist on retainer with FOX News, and so devoted is he to to unraveling the mysteries of the human mind that one of his three tattoos features hands prying open a man's skull. One week ago, before his reason was destroyed by presidential politics, Dr. Ablow published a brief, rather murky essay at Foxnews.com entitled "America is drunk," in which he opined:

My theory is that Americans are on a flight from reality. Faced with painful facts—including the precarious state of the economy, the gathering storm represented by militant Muslims, in general, and Iran, in particular, the crumbling state of marriage in this country, the fact that our borders are being overrun, and the fact that our health care insurance system is in shambles (to name just a smattering of the troubles we desperately need to address)—we as a nation are drinking, drugging, gambling, smoking, Facebooking, YouTubing, Marijuaning, Kardashianing, Adderalling, Bono-ing (as in thinking of Chaz’s sad flight from reality as good), Prozacking, Twittering, and Sexting ourselves into oblivion.

The fact that we are doing this as a culture is the single most ominous psychological trend we have ever faced. I am not exaggerating. [Emphasis added.]

But now Dr. Ablow's changed his mind about the marriage thing, at least when it comes to Newt Gingrich. In an article published yesterday — just five days after he declared the "crumbling state of marriage in our culture" a harbinger of the "single most ominous psychological trend we have ever faced" — Dr. Ablow explained that Newt Gingrich's infidelities make him more qualified for the presidency than his competitors:

1) Three women have met Mr. Gingrich and been so moved by his emotional energy and intellect that they decided they wanted to spend the rest of their lives with him.

2) Two of these women felt this way even though Mr. Gingrich was already married.

3 ) One of them felt this way even though Mr. Gingrich was already married for the second time, was not exactly her equal in the looks department and had a wife (Marianne) who wanted to make his life without her as painful as possible.

Conclusion: When three women want to sign on for life with a man who is now running for president, I worry more about whether we’ll be clamoring for a third Gingrich term, not whether we’ll want to let him go after one.

4) Two women—Mr. Gingrich’s first two wives—have sat down with him while he delivered to them incredibly painful truths: that he no longer loved them as he did before, that he had fallen in love with other women and that he needed to follow his heart, despite the great price he would pay financially and the risk he would be taking with his reputation.

Conclusion: I can only hope Mr. Gingrich will be as direct and unsparing with the Congress, the American people and our allies. If this nation must now move with conviction in the direction of its heart, Newt Gingrich is obviously no stranger to that journey.

… So, as far as I can tell, judging from the psychological data, we have only one real risk to America from his marital history if Newt Gingrich were to become president: We would need to worry that another nation, perhaps a little younger than ours, would be so taken by Mr. Gingrich that it would seduce him into marrying it and becoming its president. And I think that is exceedingly unlikely.

He goes on and on, but his message can be summed up as: 1) Newt Gingrich is awesome; and 2) therefore Newt's divorces must reflect his awesomeness; and 3) since even the Newt's divorces reflect his awesomeness, then 4) Newt Gingrich must be awesome. Dr. Ablow's just begging the question, and as a psychiatrist he ought to know it. If Newt had been a faithful husband, Dr. Ablow would be just as keen to interpret his fidelity as a valid qualification for the presidency. And if Newt was asexual, Dr. Ablow would be praising the man's monastic devotion to work. With this kind of reasoning, literally nothing could falsify Dr. Ablow's initial assumption.

One could look at the questionable grammar of Dr. Ablow's screeds (as in the first line of the second excerpt) or their wonky formatting (such as Dr. Ablow's switch from a bullet point format to an evidence/conclusion format midway through the above list) and conclude that he's a bit of an idiot. Except it's not just him. In South Carolina, a lot of people are thinking this way — if the polls have it right, the trad-fam-loving Republicans of South Carolina are about to hand Newt Gingrich an enormous victory. It's Saturday, January 21st, one month into the primaries, and everyone's a little mad.