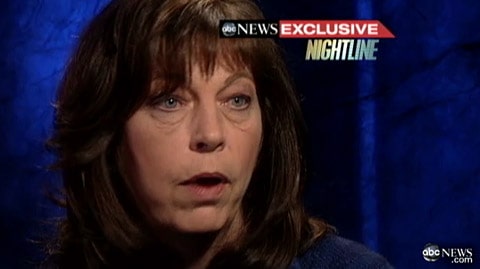 Marianne Gingrich speaks out in an interview with Brian Ross airing on tonight's Nightline:

Newt Gingrich lacks the moral character to serve as President, his second ex-wife Marianne told ABC News, saying his campaign positions on the sanctity of marriage and the importance of family values do not square with what she saw during their 18 years of marriage.

In her first television interview since the 1999 divorce, to be broadcast tonight on Nightline, Marianne Gingrich, a self-described conservative Republican, said she is coming forward now so voters can know what she knows about Gingrich.

In her most provocative comments, the ex-Mrs. Gingrich said Newt sought an "open marriage" arrangement so he could have a mistress and a wife.