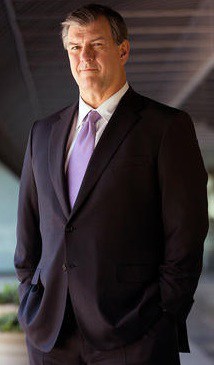 Dallas Mayor Mike Rawlings has been a proponent of marriage equality. He's marched in Pride Parades. But as Andy noted yesterday, Mayor Rawlings for some reason refuses to endorse the pro-equality pledge already signed by 100 of the nation's most important mayors. In fact, Mayor Rawlings is the only mayor of a city of Dallas's size that has thus far refused to sign. And as a result of his refusal, LGBT activists last night picketed his office.

“To be a great city we have to have everybody feel a part of it,” Rawlings told a throng of news reporters as he left Resource Center Dallas, where the closed-door meeting took place. “Obviously, the LGBT community feels at times that they’re disenfranchised. They don’t have the civil rights that the rest of us have, and so it was a wonderful learning experience for me, listening to personal stories, listening to policy issues, and listening to strategies of how we can make make sure this community feels better next year than it does today. The arc of history is working for the rights of this community, and we as citizens and as the City Council want to support that.”

After the meeting, Mayor Rawlings wouldn't commit to never signing the pledge — "I’m not going to take a pledge never to sign a pledge," as he put it — nor would he commit to signing. He expressed a dislike of pledges in general, calling them "simplistic," but wouldn't say much more.

Daniel Cates, of the group GetEQUAL, which organized last night's protest, is planning another outside of City Hall on Wednesday morning.

Previous Post: « King Goodwill Mum On Anti-Gay Remarks
Next Post: NEWS: Gangs, Gingrich, And A Ghastly Death At The Hands Of A Deranged New Ager »