NEWS: Gangs, Gingrich, And A Ghastly Death At The Hands Of A Deranged New Ager - Towleroad Gay News 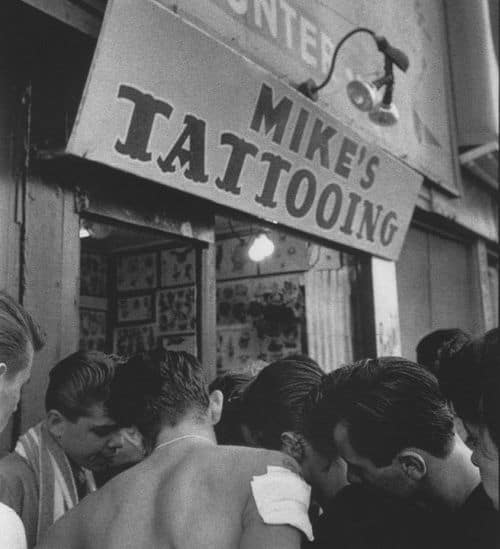 Teenaged hoods in a vanished Brooklyn.

New Jersey columnist asks 'phobic readers to explain how marriage equality will diminish the worth of heterosexual marriage. They can't quite do it.

First, Newt was into pot. Then, he was into executing pot traffickers.

Gingrich, 1982: All too often the hysteria that attends public debate over marijuana’s social abuse compromises a clear appreciation for this critical distinction [between medical use and abuse] … We believe licensed physicians are competent to employ marijuana, and patients have a right to obtain marijuana legally, under medical supervision, from a regulated source …

Gingrich, 1996: If you import a commercial quantity of illegal drugs [including marijuana], it is because you have made the personal decision that you are prepared to get rich by destroying our children. I have made the decision that I love our children enough that we will kill you if you do this … The first time we execute 27 or 30 or 35 people at one time, and they go around Colombia and France and Thailand and Mexico, and they say, ‘Hi, would you like to carry some drugs into the U.S.?’ the price of carrying drugs will have gone up dramatically.

After no one took him up on his televised “lie detector challenge,” the man accused of scamming his co-investors in the failed television venture Tea Party HD is trying to make his case by calling a number of high-profile conservative witnesses like Michele Bachmann and Ann Coulter to his defense.

TPHD was founded in 2010 by Loiacono and Bill Hemrick, purporting to be the “world’s first HD provider of news about the Tea Party.” But Hemrick and the five other businessmen who invested in the company claim that Loiacono never put in his share of the funding, used the existing money as his “personal bank account,” and didn’t do the work laid out by the initial deal. “In reality it was an investment scheme to defraud politically conservative-minded citizens who support the Tea Party mission,” the suit said.

Ron Paul's probably not a racist. And yet … 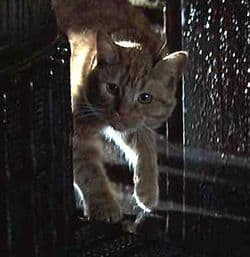 Alien from the perspective of Jonesy.

Chantale Lavigne died in hospital after she and eight others in a personal-development seminar called Dying in Consciousness were covered with mud, wrapped in plastic, put under blankets and immobilized with their heads in cardboard boxes for about nine hours, under instructions to hyperventilate.

Lavigne was removed, unconscious and with a body temperature of 40.5 C, from the Ferme Reine de la Paix in the Drummondville, Que., area after a 911 call that Radio-Canada said had been made by Gabrielle Frechette, a self-styled therapist who was the seminar's operator."

Frechette, who claims that she channels Melchisedech, a Biblical figure, is denying that she has any culpability in Lavigne's death.

Does Yelp kill the fun of exploration?

“The efficiency that the Web has brought has downsides,” says Edward Tenner, a historian of technology and culture. “On balance, it works against happy accidents.” Tenner calls this counter-serendipity: when preconceived notions prevent lucky flukes. For instance, a poorly rated restaurant on Yelp might have a few die-hard fans — outliers who, for whatever reason, love the place. Their reviews might even be posted. But many of us go with the general consensus, writing off anywhere with a three-star ranking or less. “Is it possible that a place you really would have liked doesn’t have many positive comments, but you would have been one of the few positive ones?” asks Tenner.

The morning after Washington died, his step-granddaughter Elizabeth Law arrived with a family friend, William Thornton. History best remembers Thornton as the architect who created the original design for the Capitol building, but he was also a trained physician, having studied at the University of Edinburgh. Although he did not practice medicine for much of his life, Thornton always had a keen interest in the workings of the human body, and he suggested a novel method for resurrecting the fallen warrior. Thornton told Washington's wife Martha that he wanted to thaw Washington's body by the fire and have it rubbed vigorously with blankets. Then he planned to perform a tracheotomy so he could insert a bellows into Washington's throat and pump his lungs full of air, and finally to give Washington an infusion of lamb's blood.

Maryland's first lady sorry for referring to marriage-opposers as "cowards."

Madonna said she hopes her movie will find its audience among women, who may relate to Wally's naive fantasies about Wallis' life, and the strength she draws from learning the more complex story. "There's three love stories in the film: There's Edward and Wallis, the blossoming love story between Wally and Evgeni, and there's the love affair between the two women," she said. "It's an important mythological story to tell … of a woman helping another woman. I don't think it's something that we see very often in films. Mostly, we see women sabotaging other women."

Jeopardy contestants have no idea who Rachel Maddow is. Watch them stare blankly AFTER THE JUMP. (But most importantly: Read some of the vile things Breitbart readers have to say about it here.)