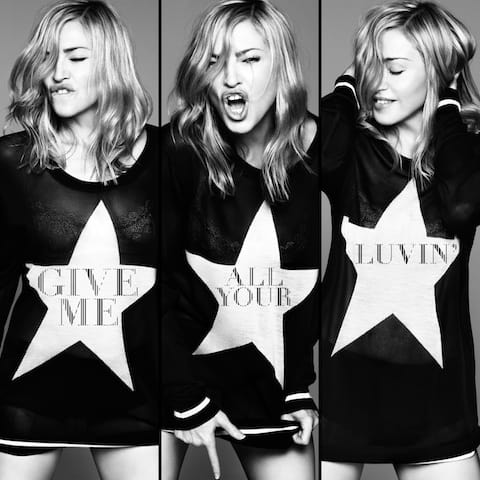 The Madonna Super Bowl/MDNA assault begins this week with her new single “Give Me All Your Luvin’” featuring Nicki Minaj & M.I.A. set for release two days before her Super Bowl halftime performance. The song was written by Madonna, Martin Solveig, Nicki Minaj and M.I.A, composed by Martin Solveig and Michael Tordjman and produced by Madonna and Martin Solveig.

The image above is the official cover art for the single. 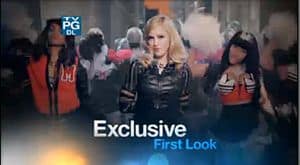 In addition to her reunion with Ray of Light producer William Orbit, other co-producers on MDNA include Martin Solveig, The Demolition Crew, Marco “Benny” Benassi and Alessandro “Alle” Benassi, Hardy “Indiigo” Muanza, and Michael Malih.

Madonna is scheduled to appear on The Tonight Show with Jay Leno this evening.

Watch Idol's preview for the preview of the video, AFTER THE JUMP…

Previous Post: « Rep. Allen West Tells Obama, Pelosi, Reid and Democrats to ‘Get the Hell Out’ of America: VIDEO
Next Post: TN Senator Stacey Campfield Reportedly Thrown Out of Restaurant Over His Anti-Gay Remarks: VIDEO »