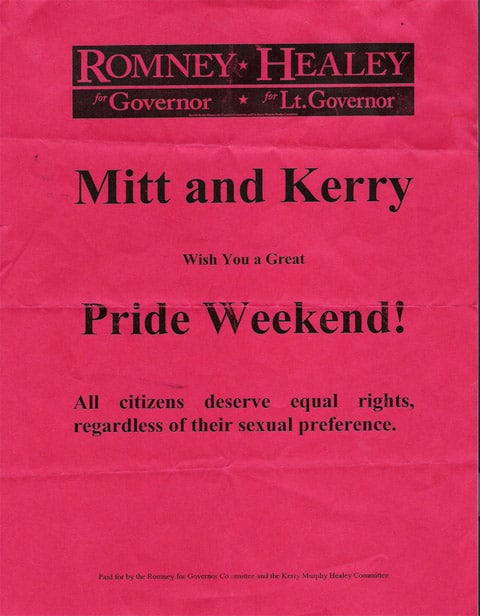 Eric Fehrnstrom, Romney's chief spokesman, tells the HuffPost that flyers claiming Mitt Romney supports Gay Pride that read "All citizens deserve equal tights, regardless of their sexual preference" were not created by Romney during his 2002 run for Governor.

Fehrnstrom said he had no idea who had distributed the flyers. "I never saw them and I never approved them. I'm not quite sure where they came from."

If the flyers look familiar, it's because they surfaced briefly during the 2008 presidential campaign as well.