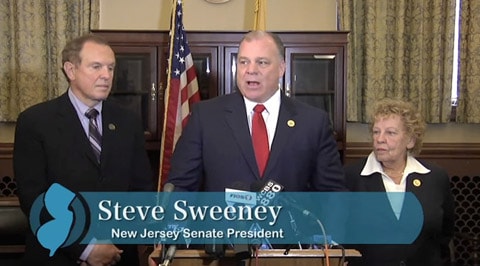 "We do not put civil rights questions on the ballot," said Weinberg.

Added Sweeney to a reporter who questioned the point of "going through the exercise" of passing marriage equality given the threat of a veto by Christie: "The point of going through a fight for civil rights, are you kidding me? I'm offended by that [question]…If the governor wants to stifle and silence his colleagues that's one thing. But his not going to silence or stifle us…It's offensive for anyone to think 'why bother' if the governor doesn't want to do it. Well, guess what? He's wrong on this one."