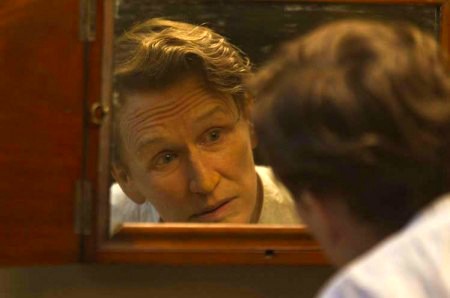 Albert Nobbs is story of a woman living as a man in Ireland in the early 20th century. Albert (Oscar nominated Glenn Close) serves as a waiter at a little upscale hotel. His world is so small that he barely leaves the hotel and hardly ever utters full sentences to anyone but himself. Those private conversations generally involve the counting of shillings. Nobbs' inner life isn't quite as small. The waiter dreams of saving up enough to buy a small tobacco shop and run his own little business. When he meets a painter by the name of Mr. Hubert Page (Oscar nominated Janet McTeer) whose situation is not dissimilar but whose emotional life is obviously richer, his eyes are suddenly opened to new possibilities, including romance… or at least cohabitation.  But dreams aren't easy when a flea in your undergarments can give you away, when your career could be finished with one misstep around a wealthy patron, when a stroke of bad luck could put your employer out of business, or when the woman you set your sights on for companionship (Mia Wasikowska) might not have the purest of motives in returning your affection.

You know what's just as a hard as opening a tobacco shop when you're a woman living as a man in early 20th century Ireland? Getting your dream movie made when you're an actress of a certain age in the early 21st century.

Glenn Close first played the role of Albert Nobbs on stage in 1982, which was coincidentally her first year in the movies (The World According to Garp). It seems like she's been trying to bring this role to the screen ever since. It only took her thirty years to do it so she's a bit quicker than Albert. 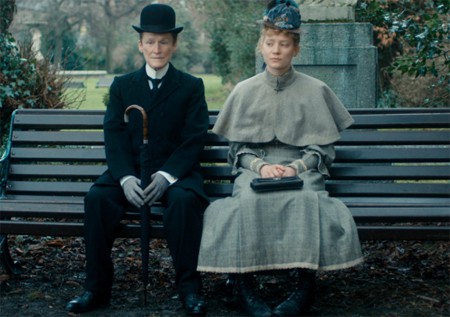 The movie's opening gambit is a day in the life of Nobbs from first match struck to light the lantern to blowing out the candle after a hard day's work. Simple enough but the bustling hotel is so filled with vivid characters (including Pauline Collins as a flirty hotel manager, Jonathan Rhys Meyers as a gay playboy, and Brendan Gleeson as a drunk doctor) you begin to worry. The screenplay by Glenn Close and John Banville which is based on Banville's play which was itself based on a short story by George Moore, isn't big on streamlining for the sake of theme or character and the director Rodrigo Garcia never settles for one tone switching between three (upstairs/downstairs comedy ala Gosford Park, period portrait, and coming out drama of sorts). The movie eventually feels as comically overstuffed as the costuming required to hide Janet McTeer's giant knockers. It needs to be zeroing in on Albert Nobbs's inner life, no matter how meager that life may be. Glenn Close has touching moments but for the most part her character feels impenetrable. Albert doesn't let people in but the actress needed to for maximum effect.

Have you ever been glad that something existed even if you couldn't wholeheartedly recommend it? Albert Nobbs is scattered and frustrating but it's also moving and the kind of story we ought to be told more often. Gay, lesbian and transgendered lives didn't begin with Stonewall and so neither did our stories.

The waiter and the painter discover each other's secret lives early in the movie. Mr. Nobbs is found out accidentally (a flea in the corset) and filled with terror that Mr. Page will "tell". Mr. Page, far more comfortable in her own skin, merely shows with a shocking gesture aimed to silence Nobbs' whiny fear. It's impossible not to view Albert Nobbs from our modern perspective and as such it's no surprise that Janet McTeer's Mr. Page resonates the most. She is the future, after all, a woman at peace with herself, her sexuality, her body and her ruse.  It doesn't hurt that McTeer makes the most of every line reading, glance, and lopsided smile. Oddly, it's mostly through McTeer's reactive performance as Mr. Page that we begin to understand Mr. Nobbs. Page is as frustrated with Nobbs's fear as some moviegoers may be, but she tries to coax him out of his shell anyway. 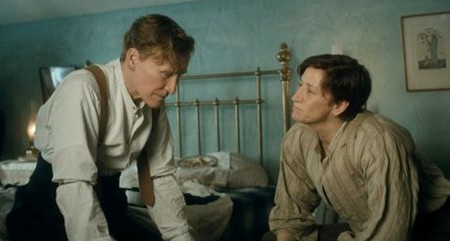 Hubert Page nods, the faint glimmer of a smile crossing her face. We get it, too, even if Albert himself is still figuring things out.

Nowadays we have names, labels and initials for everything. Should we choose to affix them, Albert Nobbs gives us ample options of L, G, B or T. Mr. Page and Mr. Nobbs might not have the language for it yet but you don't always need words to come to an understanding.