Dallas County Judge Tonya Parker, the first LGBT person elected judge in Dallas County and believed to be the first openly LGBT African-American elected official in Texas history according to the Dallas Voice, refuses to perform marriage ceremonies for heterosexual couples until she too can get married. 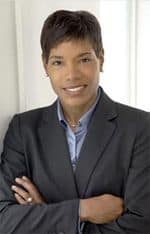 The Voice reports: "The mention of her decision to not perform marriage ceremonies came while the 116th Civil District Court judge addressed the audience at the monthly meeting of Stonewall Democrats of Dallas, of which Parker is a member."

“I use it as my opportunity to give them a lesson about marriage inequality in this state because I feel like I have to tell them why I’m turning them away. So I usually will offer them something along the lines of ‘I’m sorry. I don’t perform marriage ceremonies because we are in a state that does not have marriage equality, and until it does, I am not going to partially apply the law to one group of people that doesn’t apply to another group of people.’ And it’s kind of oxymoronic for me to perform ceremonies that can’t be performed for me, so I’m not going to do it.”

Watch Parker discuss LGBT issues in her courtroom, AFTER THE JUMP…