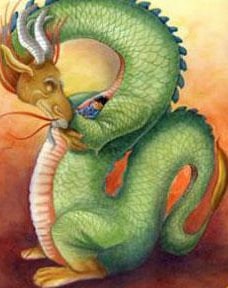 I never learned about the same-sex marriages of the Golden Orchid Society when I was growing up, and I bet you didn't either. Now, thanks to Rainbow Rumpus, plenty will.

According to a just-published essay at Rainbow Rumpus, the online magazine for the children of LGBT parents, the Golden Orchid Society was a loose association of women which existed for hundreds of years in imperial China — according to this presentation, they tended to be involved in silk production for export — who shunned husbands, married each other, and often adopted orphaned girls. From Rumpus:

The courtship and marriage of two women in the Golden Orchid Society was similar to other couples in China at the time. If a woman wanted to marry another woman, she would offer the woman and her family gifts, such as tea and wedding cakes. If the woman accepted the presents, then the couple was engaged. For the wedding ceremony, the women probably wore traditional red Chinese wedding veils and changed their hairstyle from long braids, which were worn by single women, to buns, which were worn by married women. During the actual ceremony, the couple not only promised to be faithful to each other, but also honored their ancestors and parents.

Once married, the women lived together and cared for each other and their families. In a journal written in 1937, a traveler describes “two women [who] dwell together, always existing as if they were one woman. They are as close as a stalk of grain coming through a stone.”

Apparently all of this info is contained in an old academic tome by Bret Hinsch, entitled Passions of the Cut Sleeve: The Male Homosexual Tradition in China. It's now been spun into a children's book called Grandpa Dragon And My Peach Tree Moms, written by Rene Ohana and illustrated by Jackie Urbanovic. Grandpa Dragon is a lovely little book written from the perspective of Bao, a young orphan girl who's raised from infancy by an aging dragon and then deposited in the home of two loving lesbian mums. If you've got kids, download the fully illustrated version here.