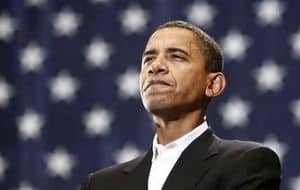 The Employment Non-Discrimination Act, or ENDA, has been kicking around the government in various iterations since 1994, and since 2009 has included language protecting transgender people from workplace discrimination. ENDA's never been signed into law, and given the current state of Congress, it won't be anytime soon. But! As a stop-gap measure, the executive branch can at least ensure that government contractors don't discriminate against their employees, and grant same-sex families the same benefits afforded to straight ones.

Now Metro Weekly has gotten its hands on a "lengthy memo," penned by The Williams Institute and The Center for American Progress, urging the president to do just that, and outlining how such an order might be implemented. The memo has apparently made it to the White House as well as the desk of Rep. Barney Frank — the legislature's greatest ENDA champion. On January 13th, several of the memo's authors and supporters met privately with Frank's senior policy advisor, Diego Sanchez.

The 12-page memorandum — which Sanchez confirmed to Metro Weekly was read by Frank — lays out the case for the executive order proposal, from ongoing discrimination faced by LGBT people to the fact that ENDA will not pass in the current Congress. It goes on to detail the specific methods that could be employed to issue the protections — from expansion of an existing executive order addressing federal contractor discrimination to a new executive order that specifically would address only sexual orientation and gender identity discrimination.

Sanchez, who led the Jan. 13 meeting, tells Metro Weekly, that the meeting was held at the request of Freedom to Work founder Tico Almeida, who served as the lead counsel for ENDA in the House from 2007 through 2010.

Of the memo, Sanchez notes, "Part of what was in the memo was about the timing: allowing six months for the Department of Labor to write the recommended regulations and allow for the public comment period, so everyone in the country would be able to weigh in.

"There has to be time enough to do the regulations," Sanchez says, making the case for quick executive action in light of this November's presidential election. "You can't just have the executive order; you have to have the regulations."

The memo notes that more than half of government contractors already have workplace protections in place for LGBT employees, either because of local legislation or out of the goodness of their hearts. But according to The Williams' Institute's Brad Sears, one of the memo's co-authors, there are still "millions of employees" with no protection at all.

If the Obama administration wishes to protect the LGBT employees of government contractors, according to MetroWeekly, it has two obvious ways of doing so. President Obama could amend Executive Order 11246, which already includes protection from discrimination based on "race, color, religion, sex, or national origin." Or Obama could issue a new order altogether. From Metro Weekly:

Amending the existing executive order "would strongly signal that discrimination based on sexual orientation and gender identity warrants a remedy similar to that which is used to reduce discrimination based race, color, religion, sex, or national origin" but "could result in a legal challenge that attacks the entirety of EO 11246" and would raise questions, which the memo states are easily addressed, about whether the expansion would "trigger affirmative action and data collection requirements." Issuing a new executive order, the memo states, would avoid those issues but "may attract more political attention than would amending the existing order."

If Obama takes any action at all, his job will be easier for the work done by The Williams Institute and the Center for American Progress, who have already studied at length the impact either an amendment or a new order might have on all aspects of the contracting process. Almeida tells the Metro Weekly that he's pretty sure the administration will take some action:

"I'm now sufficiently confident" that [the executive order] will be signed, Almeida tells Metro Weekly. "When he does, we want our Capitol Hill allies to be fully briefed … to be strong advocates for the wonderful thing the president will have done at that point."