In what is a still uncertain yet expected to be close vote, the Maryland House of Delegates is set to begin debate on a marriage equality bill later this afternoon. The timing of the vote is unknown.

Earlier today, Delegate Wade Kach, who was a 'no' vote as recently as last weekend, says he has changed his mind, the Baltimore Sun reports. 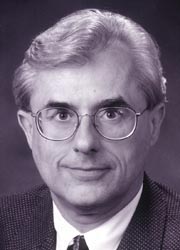 Over the span of my career in the Maryland General Assembly, I have worked hard to take thoughtful, considered positions on laws that affect the rights and liberties of our friends and neighbors. My constituents sent me to Annapolis to represent them and use my best judgment. They did not send me to sit in judgment of the lives of others."

As a proud member of the party of Lincoln, I believe that we as legislators should be more concerned with relieving the tax burden of families than telling them how to behave in their own homes. Like so many others, my thoughts on the issue of civil marriage have evolved over the course of recent months as a result of much reflection and listening to good people on both sides of this issue. Instrumental to my decision are the enhanced protections for churches, clergy, and faith leaders in my community and in communities around the state."

While no one event or conversation prompted me to come to this decision, I was significantly moved by the testimony of families — who are raising children in a loving environment and deserve every right to enjoy the same protections and responsibilities that our laws provide for others."

Tomorrow I will cast my green vote with great confidence that this bill protects religious freedom and that the issue will ultimately be decided by the voters of our state."

Kach is the second GOP delegate to back the marriage equality bill.