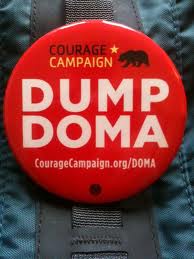 Meanwhile, at the Legion of Doom… the Defense of Marriage Act (DOMA) is dying a slow death from a thousand cuts. The Ninth Circuit's decision in Perry v. Brown is a great victory and a fine statement for equality, but so was Judge Tauro's decision in Gill v. OPM, the Justice Department's brief in Golinski v. OPM, and the Obama Administration's refusal to defend DOMA because it fails the heightened scrutiny test the President thinks is appropriate for judging any state action  that discriminates on the basis of sexual orientation.

That begs the question: Which case — Gill or Perry — would be a better vehicle for advancing the cause of gay rights at the Supreme Court? And, why?

AFTER THE JUMP, I try to think like a lawyer and a legal strategist and consider the questions up for review, the political context, and the positives and negatives of a progressive or traditionalist decision. I argue that though Gill offers the tidiest and least politically risky case for the current Supreme Court, the narrow holding in Perry opens a clear avenue for victory.

By restricting marriage at the federal level to only those unions between one man and one woman, DOMA Section 3 denies legally married gay couples access to a plethora of federal rights and entitlements that come with marriage. Therefore, Nancy Gill, a Postal Service employee, could not add her spouse as a beneficiary under Ms. Gill's enrollment in the Federal Employees Health Benefits program (FEHB) or as a covered person under the government's vision and dental plan or under her employee flexible spending account. The Gay and Lesbian Advocates and Defenders (GLAD) filed suit — Gill v. Office of Personnel Management (D. Mass. 2010) — challenging DOMA Section 3 as a clear denial of equal protection, due process, and the prerogatives of the States.

In 2010, Judge Joseph Tauro of the District of Massachusetts found for Ms. Gill, declaring DOMA unconstitutional under a rational basis standard:

As irrational prejudice plainly never constitutes a legitimate government interest, this court must hold that Section 3 of DOMA as applied to Plaintiffs violates the equal protection principles embodied in the Fifth Amendment to the United States Constitution (Gill, slip op. at 38).

Since that momentous decision, the Department of Justice defended, but then withdrew its defense of DOMA in accordance with President Obama's view that (a) heightened scrutiny, rather than rational basis, should apply to DOMA, and (b) DOMA fails under that standard. The Republican-controlled House stepped in to defend DOMA, but not without its own side drama. Briefs — from GLAD and the DOJ in opposition to DOMA, and from the House in support — were filed at the First Circuit at the end of 2011, so we expect a decision in the coming months.

While this was going on, Perry v. Brown was not challenging DOMA, but directly attacking a ban on marriage recognition for gays, making its way through the federal courts of the Ninth Circuit, culminating in February 7's powerful statement of gay equality:

It will not do to say that Proposition 8 was intended only to disapprove of same-sex marriage, rather than to pass judgment of same-sex couples as people. Just as the criminalization of "homosexual conduct … is an invitation to subject homosexual persons to discrimination in both the public and private spheres," so too does the elimination of the right to use the official designation of "marriage" for the relationships of committed same-sex couples send a message  that gays and lesbians are of lesser worth as a class — indeed, that the enjoy a lesser societal status (Perry, slip op. at 73, internal citations omitted). 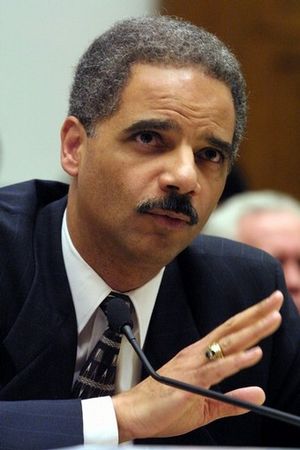 Both cases are practically impactful: If Prop 8 is struck down, many more thousands of gay couples can marry; if DOMA is struck down, Ms. Gill and her wife and families like theirs can share in important federal rights that may amount to several tens of thousands of dollars. One commentator told me that "marriage at the states means nothing if DOMA's still there" because DOMA denies the rights associated with marriage. However, a gay rights advocate countered: "Not only does marriage mean more than the stuff the federal government gives us for being married, but without marriage rights at the state level, DOMA is almost superfluous."

I think they're both a little right and a little wrong; both DOMA and bans on marriage need to go. But, which do we want to go first?

Gill (and its companion case, Massachusetts v. Department of Health and Human Services (D. Mass. 2010), and the other DOMA cases of Pedersen, Windsor, and Golinski) seems to offer a more attractive first shot at the Supreme Court for three reasons, two of which are political or strategic, one of which is legal. I will make the argument for each and then challenge them.

At their core, the DOMA cases are about access to state largesse — health care benefits, survivorship rights, preferred tax filing status, and so on — which provide obvious examples fo discrimination without the baggage of the word "marriage." That's really two arguments in one. First, Gill does not seek a right to marry; Ms. Gill is already married. And, it is that fact that puts her second-class status on display: all married couples, except only those gay ones, receive all the important benefits she is denied. Second, any case about "marriage" brings with it historical, religious, and moral complications that can obscure the pure legal question of discrimination.

Then again, the DOMA cases, like Perry, are about more than just stuff, money, and entitlements. DOMA enshrines discrimination in federal law, declaring that same-sex marriages are not worthy of the same honor as opposite-sex marriages. That is only partially a problem of attendant rights; DOMA is a powerful statement of inequality, and one that teaches our children that gays are less worthy of respect. In that way, the DOMA cases bring as much baggage to the Court as Perry.

2. DOMA is losing support much faster than bans on gay marriage, giving the Court political cover for overturning the law.

As I have argued elsewhere, DOMA is being attacked from all sides. There are legal challenges running through the First, Second, and Ninth Circuits; twenty three bankruptcy judges in Los Angeles declared DOMA unconstitutional; Democratic Senators have proposed and held hearings on the Respect for Marriage Act (ROMA), which would repeal DOMA; former DOMA sponsors, such as Bob Barr of Georgia, have come out publicly against the law now that they have had more than 15 years to think about it; the Obama Administration has all but halted the deportation of legally married gay bi-national couples despite DOMA's blockade of partner visas for gay foreign national spouses; and, most importantly, President Obama has declared DOMA unconstitutional and put the weight of the Executive behind the effort to overturn the odious law. This context matters because as many Court watchers know, the Justices are usually loathe to step too far out in front of public opinion. Political and legal developments like these give the Court political cover and may push cautious or conservative (little c) judges to act with more confidence.

But, bans on marriage are also losing support. Latest polling shows that anywhere between 51 to 54 percent of Americans support marriage recognition for gay couples, and since Judge Walker's original decision in Perry in August 2010, New York has joined a growing club of marriage equality states that will soon welcome Washington State, may welcome Maryland and Illinois, and would welcome New Jersey if it weren't for Governor Christie. It seems as if politics is catching up to equality in the court of public opinion.

Gill and Massachusetts v. HHS offer the Court supposedly progressive and conservative ways to overturn DOMA, and Judge Tauro used them all. He found that DOMA violates the Equal Protection Clause because, even under the rational basis standard, DOMA had no rational connection to any conceivable government interest. The bare desire to harm gays as a group cannot satisfy that requirement. Because Judge Tauro decided Gill on these grounds, he declined to address the appropriate standard of review for discrimination on the basis of sexual orientation. He also held that by forcing states to discriminate against its citizens, it deputized states into the business of equal protection violations. Even more anathematic to small government conservatives, DOMA violates the Tenth Amendment, which reserves for the States all those powers not enumerated in the Constitution.

Marriage law — including what constitutes a valid marriage — has always been the exclusive purview of the States and by creating a federal definition of marriage for the first time, the federal government was encroaching upon the prerogatives of the States without Constitutional authorization. These arguments for DOMA's unconstitutionality run the spectrum from liberal to conservative, making it more likely that the Court could agree to strike down the law. Of course, these conservative arguments may come back and haunt liberals in the future cases (including challenges to the health care law and other cases involving federal power), so Gill may warn us to be careful what we wish for. However, given the Obama Administration's role in the DOMA cases and the DOJ's position on heightened scrutiny, these cases offer a more obvious opportunity for the Court to resolve the standard of review appropriate for sexual orientation discrimination.

But, the narrowness of the Perry decision could also unite liberals and conservatives on the Court. Some experts argue that by deciding Perry on the ground that it effectuated a taking away of rights from a particular group on the basis of pure animus, the Ninth Circuit made it less likely that the Supreme Court would even take the case; after all, Perry does not look like the usual case for which the Supreme Court grants review (no circuit split, no outstanding unresolved constitutional issue that the case requires be addressed in order for full resolution, and so on).

This would be a great victory for marriage recognition advocates. I also think that Judge Reinhardt decided Perry on an acceptable, but not the best, interpretation of Romer. The Supreme Court could think like I do and quibble with Perry's use of Romer and all the issues Judge Reinhardt left unresolved, reversing and returning the case to the same panel for a more comprehensive decision. By that time, the political arguments above may well tilt even further toward a broadly worded rejection of gay marriage bans.

This legal argument distinguishing Perry and Gill, while not a slam dunk, tilts in favor of pushing forward with Gill. The Court's denial of certiorari in Perry would be a great victory, a victory made that much sweeter by a positive decision from the Supreme Court in Gill.

What do you think? Which case would you like to see resolved first? Why?