The head of the New Jersey Assembly will find out today how much support the chamber has for marriage equality: 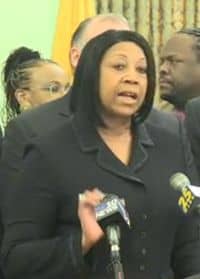 Speaker Sheila Oliver tells The Associated Press that today's count will be the first time Assembly Democrats have been polled on marriage equality, even though both houses of the Legislature have made it their top priority…

…The legislation needs 41 Assembly votes to pass. The chamber has enough Democrats to pass the bill without Republican support, but not all Democrats support the bill. In the Senate, 21 votes are needed for passage.