New Jersey State Sen. Christopher “Kip” Bateman (R-Somerset) has introduced a bill that would let voters decide if same-sex marriage should be legal in the state, the Star-Ledger reports: 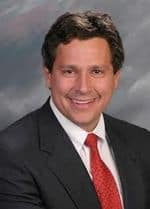 The measure (SCR-88) reflects what Gov. Chris Christie called for after promising to veto a bill the Legislature will consider next week that would grant same-sex couples the right to marry, rather than form civil unions. It would put a question on the ballot in November to amend the state Constitution to allow same-sex couples to get married.

"Let's stop the political games and let the people of New Jersey decide," said Bateman (R-Somerset) in a press release. "Marriage equality advocates and opponents would both have the ability to register their opinion at the ballot box. Nobody would be disenfranchised on either side of the issue."

Votes have been scheduled for next week in the NJ Senate and Assembly on the pending marriage equality bill.