NJ Assembly Speaker Sheila Oliver has scheduled the vote for the marriage equality bill for February 16, three days after a planned vote by the New Jersey Senate. 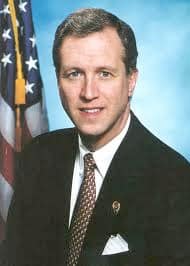 New Jersey Assembly Democrats are expressing confidence that they have the votes to pass the bill, the Star-Ledger reports:

"I’m confident the votes are there based on my conversations," said Assemblyman John Wisniewski (D-Middlesex, pictured), a deputy speaker and the state Democratic chairman, said after meeting privately with fellow Democrats.

"I’m calling offices and I know of one instance where somebody told me no but another member yes," said Gusciora, one of two openly gay lawmakers. "Everybody’s taking their own tallies in our caucus, but I think at the end of the day, when push comes to shove, there will be more green lights than red."

In the end, Gusciora said although Assembly Democratic leaders did not take a head count at the meeting, they were confident the bill would pass. Some were even emboldened enough to not rule out overriding a certain Christie veto.

41 votes are required for the bill's passage.