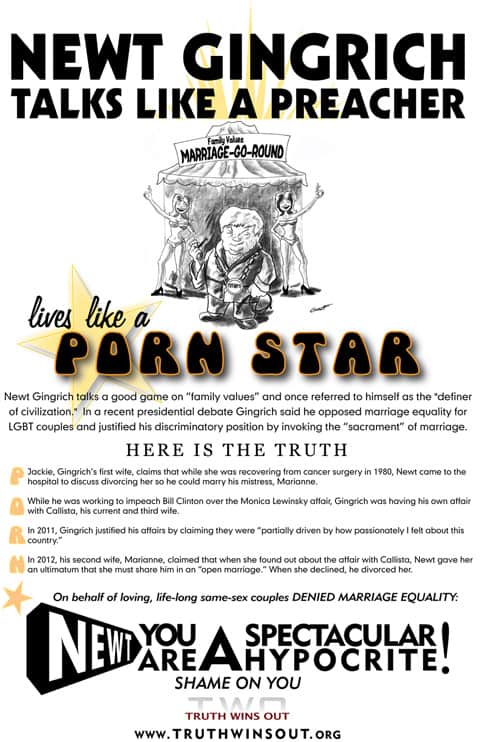 In a salvo meant to hit Newt Gingrich before his Conservative Political Action Conference (CPAC) address tomorrow, Truth Wins Out, the non-profit organization that fights anti-LGBT religious extremism, has taken out a full-page ad in D.C.'s Roll Call publication calling Newt out on his marriage hypocrisy.

Says Truth Wins Out Executive Director Wayne Besen in a statement regarding the ad:

"It takes breathtaking chutzpah for Newt Gingrich to deny loving, committed same-sex couples the benefits of marriage that he has enjoyed three times. The bizarre embrace of Gingrich by CPAC proves that modern conservatism is not ‘pro-family,’ it is simply anti-gay."