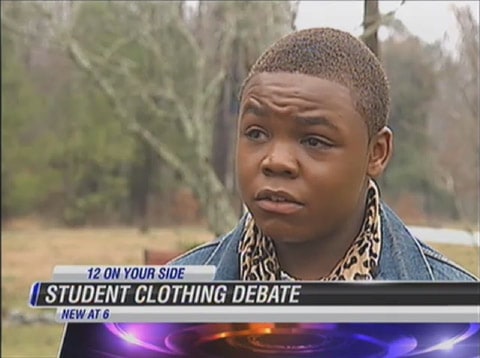 Asante Cotman, a 17-year-old student who wore high heels to class and was suspended for three days after being ordered to remove them for disrupting the school, says the real reason he was suspended is because he’s gay, NBC12 reports:

Asante refused to take off the heels and the principal called him out of every class.

…Asante says female students wear high heels and the slippers they demanded he wear violate the student dress code because of the open heel.  He believes he’s being punished for his sexual orientation.

“They suspended me for being gay,” he said. “I’m missing a lot of classes. I’m missing classes that I need to graduate.”

Asante was scheduled to return to school today.

Watch NBC12’s report, AFTER THE JUMP…