President Obama likely will soon sign an executive order that bans discrimination based on sexual orientation or gender identity among federal contractors. Long ago, he said he wanted to root out such discrimination. So, he and his Democratic allies in Congress tried to get an act of Congress passed; but, Republicans stood in the way of the Employment Non-Discrimination Act (ENDA) despite intense lobbying from the White House. Even before the President started his "We Can't Wait" campaign that sought to put progress ahead of Republican intransigence, he tasked the Labor Department to research a nondiscrimination executive order. His administration asked for input from politicians, lawyers, and advocates; various executive departments chimed in, as per the process for every executive order. Sources say everyone approved. And now, he likely is waiting for the right moment to sign it. 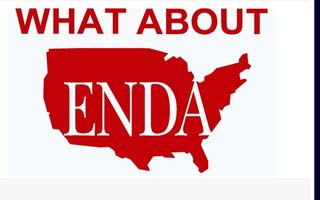 The Williams Institute at UCLA tells us that a growing list of approximately 16 million workers would benefit from an anti-discrimination executive order. It would allow a workplace victim of discrimination on the basis of his sexual orientation or gender identity to file a complaint with the civil rights office of the Labor Department. That office would then investigate the claim and, if necessary, file a complaint against the offending employer for reinstatement and back pay for the unjustly fired employee. And, while most of the biggest federal contractors already have protections for gays and lesbians in their own nondiscrimination policies, an executive order sends a powerful message about social values and the equality of gay persons.

A change.org petition urging President Obama to sign the executive order has more than 100,000 signatures. This is going to happen, and happen soon. But, like Title VII's ban on workplace discrimination on the basis of sex, the unique contours of a workplace anti-discrimination order about sexual orientation and gender identity will have much more to do with the interpretation of the order than the order itself. Title VII grew into what it is day through executive and judicial interpretation.

I argue that the same legal framework should be imported to the ENDA executive order.

Title VII bans workplace discrimination on the basis of sex, but it was the Equal Employment Opportunity Commission's (EEOC) official interpretation of the law that ensured that both quid pro quo ("If you don't have sex with me, you're fired) and hostile environment (creating an intolerable sex-based atmosphere at work that is discriminatory against the opposite sex) harassment were unlawful.

Then, it was the Supreme Court that affirmed the EEOC's position (Meritor Savings Bank v. Vinson) and said that Title VII also bans discrimination based on gender nonconformity (Hopkins v. PriceWaterhouse) and harassment between members of the same sex (Oncale v. Sundowner). It was also the Court that nailed down the precise standard for hostile environment harassment claims: the harassment must be severe or pervasive enough to create an environment that a reasonable person would find hostile or abusive and also is subjectively perceived by the alleged victim to be abusive (Harris v. Forklift Systems). Both the EEOC and the Court, then, played an essential role in developing Title VII into the success that it is today. 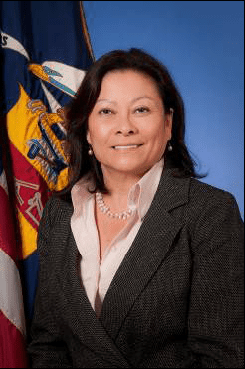 The same will be true with a sexual orientation and gender identity nondiscrimination executive order (and a future ENDA, as well). As Freedom to Work's Tico Almeida told me, "The person that Obama appointed a few years ago to enforce the existing executive order for racial and gender non-discrimination at federal contractors is a very smart and talented civil rights attorney named Patricia Shiu.  She knows these LGBT legal issues backwards and forwards, in part because she has real world experience at her prior job representing LGBT Americans who have faced workplace discrimination just because of who they are or whom they love."

Ms. Shiu and her team will be tasked with interpreting, writing regulations, and enforcing a sexual orientation/gender identity nondiscrimination order. And, given her preeminent credentials, there is no reason why the contours of Title VII — including hostile environment harassment, gender nonconformity, reasonableness and subjective harm — will not be imported to this new context. Mr. Almedia believes that "the implementing regulations should explicitly ban anti-gay hostile work environments where words like 'faggot' and 'queer' get used on a regular basis to bully and harass gay employees.  Freedom to Work will submit comments to the Labor Department making that case."

Any rule that prohibits federal contractors from discriminating on the basis of sexual orientation or gender identity should also prohibit the creation of hostile environments on those bases that are so severe and pervasive that it constitutes discrimination. In the Title VII context, hostile environments can be created by putting up pornography around the office, sending around misogynistic emails, talking sex and sexual abuse at work, treating an employee of one sex differently than an employee of the other sex, using sexualized nicknames for women but not men, and a host of other behaviors that are based on the sex of the victim. The behavior creates an atmosphere of intimidation in the workplace, making it impossible for the victim to function. Once President Obama signs the executive order banning discrimination on the basis of sexual orientation or gender identity, creating a hostile environment on those bases should also be actionable: using inappropriate nicknames for gays and not for heterosexuals, talking about same-sex relations in derogatory ways, denigrating gay people through words or actions or pictures or emails, unwelcome touching against gay employees, and so on.

This type of behavior has come under the Title VII umbrella before. In Medina v. MGM Grand, a gay employee was subjected to anti-gay abuse, taunting, derogatory nicknames, and offensive touching. After an en banc rehearing, the Ninth Circuit voted 7-4 to permit Mr. Medina's Title VII claim even though the evidence suggested that he was abused because of his sexual orientation, not because he was male.

But, the 7 member majority split 4-3 on the particular theory: the 4 member "meta" majority held that Mr. Medina stated a clear claim of harassment on the basis of sex: "we … hold that an employee's sexual orientation is irrelevant for purposes of Title VII. It neither provides nor precludes a cause of action for sexual harassment. That the harasser is, or may be, motivated by hostility based on sexual orientation is similarly irrelevant, and neither provides nor precludes a cause of action. It is enough that the harasser have engaged in severe or pervasive unwelcome physical conduct of a sexual nature." The 3 remaining members of the majority said that Mr. Medina stated a claim of discrimination based on gender stereotyping because his harassers treated him "like [he was] a woman" and failed to act like a man should act.

Medina-like claims have not been permitted in all jurisdictions. Nor is it clear that the Medina "meta" majority's analysis is on the firmest legal ground. Nevertheless, the uncertainty surrounding the Medina decision and the veritable pretzel the Ninth Circuit contorted itself into in order to permit Mr. Medina's Title VII claim to continue highlight the need for protections against sexual orientation and gender identity discrimination. To be sure, an executive order that protects the LGBT community will be a necessary boon: in many cases, Title VII's ban on discrimination "because of sex" has been unavailable to would-be gay plaintiffs because discrimination on the basis of "sexual orientation" is not always the same as treating the sexes differently.