Dr. Grant Colfax has been appointed Director of the White House Office of National AIDS Policy, according to a statement from the San Francisco AIDS Foundation: 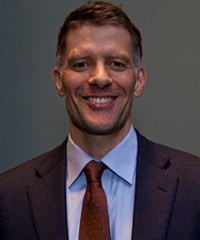 "Dr. Colfax has been instrumental in the decline of new HIV infections in San Francisco in recent years," said San Francisco AIDS Foundation CEO Neil Giuliano. "His unique blend of experience serving on the front lines of the epidemic, implementing the national strategy at the local level, working as a direct service provider within the Ryan White CARE system, and conducting cutting-edge research makes him the right person at the right time to lead the Obama administration's efforts to end HIV/AIDS in the United States."

The Office of National AIDS Policy provides essential leadership in addressing the U.S. HIV/AIDS epidemic. As director, Dr. Colfax will be required to take a fresh look at how resources can be targeted to reduce HIV infection rates, increase access to treatment, and decrease HIV-associated health disparities related to sexual orientation, race, gender, and socio-economic status in hard-hit communities across the country. His track record in San Francisco demonstrates he is well suited for this challenge.

Colfax served as director of the HIV Prevention and Research Section at San Francisco Department of Public Health and serves as a physician at Ward 86 at San Francisco General Hospital, the nation's first HIV/AIDS-specialized clinic.

UPDATE: Towleroad has obtained a statement from The White House:

“Grant Colfax will lead the my Administration’s continued progress in providing care and treatment to people living with HIV/AIDS,” said President Obama. “Grant’s expertise will be key as we continue to face serious challenges and take bold steps to meet them.  I look forward to his leadership in the months and years to come."