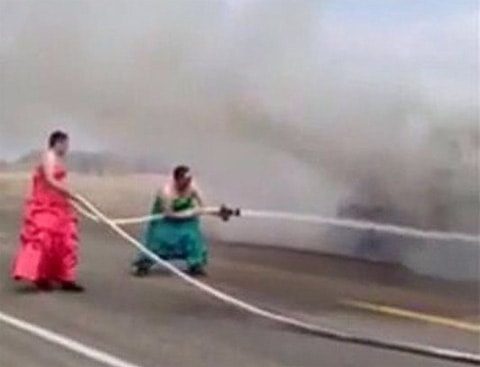 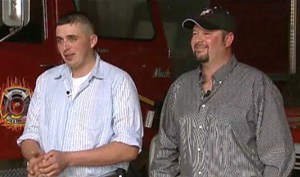 Every year, the men in the Sedan Fire Department trade their firefighting frocks for designer dresses as part of a beauty pageant of sorts that raises money for new equipment; however, as they were getting ready to ride in the St. Patrick's Day parade, a pickup truck caught fire. That blaze spread to another car, and both Aubart and Terhaar hitched up their skirts and sprang into action.

Aubart can be seen in the pink dress, helping a blue-bedecked Terhaar pour water on the smoldering vehicles.

It only took a couple of minutes to put out the fire — even though Aubart did havev to adjust his fallen dress straps while on the run.

Watch the video and an interview with the firefighters, AFTER THE JUMP… 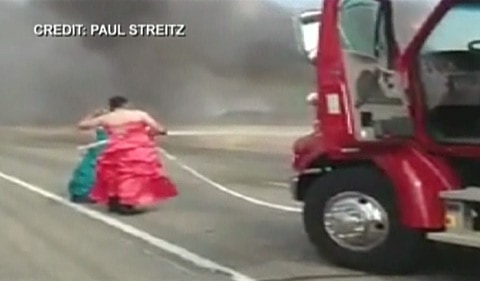