In an article in Salon, former RNC Chair Ken Mehlman apologizes for the first time for harm done to gays in his 2004 position as campaign manager for President Bush, in which conservative voters were strategically driven to the polls by anti-gay ballot measures. While Mehlman has previously expressed regret that he hadn't come out earlier and been able to influence his party in ways beneficial to it and the gay community, this is the first time he has directly apologized for his efforts in 2004. 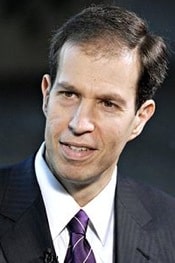 “At a personal level, I wish I had spoken out against the effort,” he says. “As I’ve been involved in the fight for marriage equality, one of the things I’ve learned is how many people were harmed by the campaigns in which I was involved. I apologize to them and tell them I am sorry. While there have been recent victories, this could still be a long struggle in which there will be setbacks, and I’ll do my part to be helpful.”

In 2011, Mehlman personally lobbied 13 New York state Republican legislators to help pass the state’s same-sex marriage law, and did the same with 10 Republican U.S. senators during the congressional battle to repeal “don’t ask, don’t tell.” Although he is still a loyal Republican — he recently contributed to a fundraiser for House Speaker John Boehner, a gay marriage opponent — a month ago Mehlman published an Op-Ed in the conservative Manchester Union-Leader in which he explained to conservatives and Republicans why supporting same-sex marriage venerates their beliefs not only in individual and economic freedoms, but personal responsibility and family values.