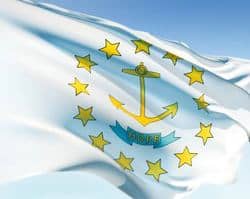 Anyone who has been paying attention knows that marriage equality can boost state economies.

There were even estimates that had New Jersey Governor Chris Christie not vetoed marriage there, the Garden State could have generated over $100 million.

The same is true in Rhode Island, though on a smaller scale, the AP reports:

The Williams Institute at the University of California, Los Angeles School of Law says Rhode Island stands to generate nearly $1.2 million in new government revenue over three years if the state allows gay and lesbian couples to marry.

The new revenue would come primarily in the form of additional tax revenue. The study estimates that same-sex weddings would generate $400,000 in new sales tax dollars over three years.

Also, married couples filing their state taxes jointly would pay an estimated $786,000 in new income taxes over the same period.

And yet Republican lawmakers and conservatives are still spending time and money fighting against American rights while encouraging tax breaks for the rich and corporation. What's wrong with this picture?