Dharun Ravi didnt kill Tyler Clementi. He invaded his privacy and did so with antigay animus. Mr. Ravi focused a webcam on his roommate's bed so he and another student could watch live as Tyler "hooked up" with another man. He also had tweeted his sarcastic disappointment with his roommates sexuality. These are the facts as seen by a New Jersey jury, and given the guilty verdict, these are now the facts in the eyes of the law. 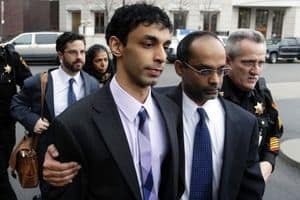 The verdict inspired satisfaction in some circles. While recognizing the tragedy, New York City Council Speaker and likely mayoral candidate Christine Quinn said that "justice has been served." Garden State Equality said Mr. Ravi will now face "the appropriate societal consequences." No one is "happy" with this verdict, as the Garden State Equality statement mercifully noted; but it is far from clear that a verdict that could result in decades of imprisonment for Mr. Ravi is "justice" or an "appropriate societal" reaction to this undisputed tragedy.

What is clear is that Mr. Ravi's guilty verdict is both a legal game-changer and a cultural indictment: it imposes new obligations on universities, breathes life into the legal standard for criminal bias, and clarifies the illegitimacy of a "boys will be boys" defense. But, not all of those are good things. Our ire belongs with Mr. Ravi, but so does our pity; our real focus should be the moral bankruptcy of a culture so quick to convict, but unwilling to care.

The practical legal effect of this verdict is the delegitimization of a boys-will-be-boys defense. Mr. Ravi's attorney tried to portray his client as a silly kid engaging in adolescent hijinx no more serious than flinging spit balls. It just got out of hand. The jury rejected that fanciful notion: the common back-and-forth among adolescents does not usually involve systematic and premeditated spying. The verdict also clarified what it means to be motivated by antigay bias. The underlying question posed to the jury was whether Mr. Ravi would have done what he did had his roommate been straight and making out with a woman. The defense tried to argue, yes, he would have: he only turned on the cam to keep an eye on his belongings given the presence of an older "homeless-looking" person who may take things. But, that could not explain why he focused the cam on Tyler's bed, why he invited someone to watch the stream, and texted a friend about Tyler's sexual behavior, not the profile of his paramour. And, Mr. Ravi's guilt also will oblige universities to add new information to their roommate counseling programs, and monitor, report, and investigate roommate-on-roommate privacy issues. 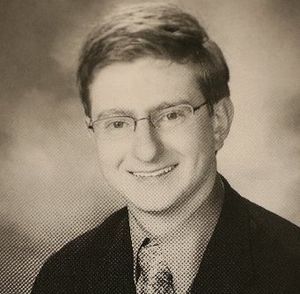 But, this verdict gives me great pause, and not only because it means one life is lost and another is ruined. The system is broken and the decision to throw Mr. Ravi in jail fixes nothing: we have put our faith in the criminal law when that sword is double-edged, and when we still have no idea what it means to be private in an online world. Instead of addressing those pressing issues, pundits have declared that justice has been done, ignoring the society's moral bankruptcy that created this tragedy.

Mr. Ravi was convicted of invading Tyler's privacy. In New Jersey, that means "collect[ing] or view[ing] images depicting nudity of sexual contact involving another individual without that person's consent." It is a separate crime to distribute those images or transmit them across some medium. On the facts presented to the jury, Mr. Ravi did just that, and it's hard to argue otherwise. But, these privacy statutes, and the way many of my colleagues think about privacy, are steeped in Twentieth Century conceptions of personal space. In a world where teenagers see no difference between their physical and digital selves, where Tyler volunteered his sexual orientation online, and where entire lives are up on YouTube for public consumption, personal privacy may mean something different than it did for Justice Brandeis and Justice Brennan, liberal lions who believed that the "right to be let alone" was among the most important rights in our legal tradition.

For this generation, Dharun's behavior seems innocuous, almost routine. It shouldnt be. Sexual conduct is the most private of private actions. Yet, our "culture of me" has failed to teach Dharun's generation the lesson that certain things do not belong out in the open, should not be shared, and should be respected as personal. In this way, we have criminalized something that many young people feel is just a part of life; after all, sex tapes make people famous these days.

The incomparable Emily Bazelon, who is writing a book about cyberbullying, argued in a recent New York Times Op-Ed that Mr. Ravi's guilty verdict represents an expansion of hate crime laws beyond their drafters' intent. These statutes, Ms. Bazelon states, "are being stretched to go after teenagers who acted meanly, but not violently. This isn’t what civil rights laws should be for." She indicts inartful drafting — the writers of these laws made them too broad — not the prosecutors using the laws given to them. And, she is exactly right. Assuming the legitimacy of hate crime laws, in general, expanding them to cover everything from insensitivity to burning a cross in a black person's yard not only delegitimizes the law, but challenges the social value of statutes aimed at protecting traditionally harassed groups.

I would go one step further. Politicians have a habit of riding waves of dissatisfaction, writing up a law with a fancy name, and affirming their faith in the power of the state to solve social problems. Sometimes, they do a great job (Title IX, the Voting Rights Act, the Social Security Act, are just some of the many examples). But, sometimes, a toothless statute is passed or political action is taken to absolve us of responsibility for the culture that our other laws have created. That is what has happened here.

Charging, let alone convicting, someone of a crime is a powerful statement of social condemnation. It says that what you did is bad enough that money damages (the domain of tort law) aren't enough to wash away your sins. And so it is only natural that we look to the Draconian arm of the criminal law in times of great tragedy and loss of life. Tyler's death is such an unspeakable shame that money damages from some wrongful death claim seem unseemly or insufficient. We want to hold someone responsible. But, Mr. Ravi is only the easiest target. The real culprit is a legal framework so morally bankrupt that we pass laws and decide cases that eliminate all notions of responsibility for hate speech online in the name of "freedom" or "innovation," we justify the desecration of funerals with vile hate speech on the ground of the "marketplace of ideas," and we raise the right to speak over the responsibility of the speaker. This regime expresses various dangerous values, from the lawlessness of the Internet to the demotion of civic virtue in our society, and both are plaguing our political culture and our youth.

If Mr. Ravi's guilty verdict further ups the ante on the privacy debate and signals the overbreadth of hate crime laws, it also reflects our tendency to punish ex ante rather than change the cultural and social norms that allowed this tragedy to happen in the first place.

Previous Post: « Atlantis Cruise Passengers Arrested for Gay Sex in Dominica
Next Post: Kevin Smith Tells Conservatives To Get Out Of His Gay Brother’s Bedroom: VIDEO »