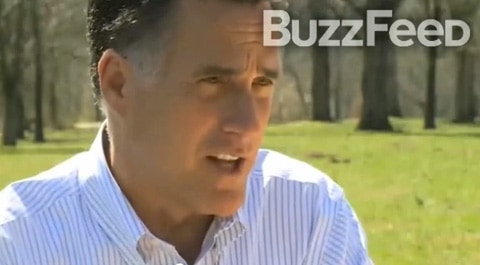 At an interview in Kirkwood, Missouri, Mitt Romney offered a few ideas on how to make cuts to reduce debt:

Romney won the Hawaii and American Samoa caucuses last night, and, as you may have heard, came in third in Mississippi in Alabama. Santorum and Gingrich took first and second in those states, respectively.

Here's where the delegate count stands:

Santorum's two victories Tuesday were worth at least 29 delegates. Gingrich won at least 24 and Romney at least 31, including the nine from American Samoa. The delegate split underscored the difficulty that Romney's rivals face in overcoming his big lead.

The partial allocation of delegates from Tuesday's voting states left Romney with 485 in The Associated Press count, out of the 1,144 needed to win the nomination. Santorum had 246, Gingrich 131 and Paul 47.

Previous Post: « Reminder: Don’t Steer Too Close to the Melting Iceberg – VIDEO
Next Post: Wes Bentley Comes Out of His Cave for ‘The Hunger Games’ »