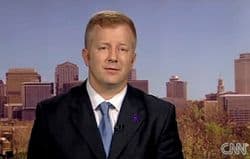 The sponsors of the so-called “Don’t Say Gay” bill agreed Tuesday to put off debating the measure until the committee’s last meeting of the year — a procedural move that usually signals they do not intend to pursue it. Backers said they would instead shift their focus to an abstinence education measure that they believe would clarify how sex education is taught in public schools.

“He knows and understands that, as I’ve said before, is not something I think is particularly helpful or needed right now. Again, I think the state already has rules in place about what can be taught.”

Previous Post: « Towleroad Guide to the Tube #1082
Next Post: Language for Washington State’s Referendum 74 on Same-Sex Marriage is Approved »