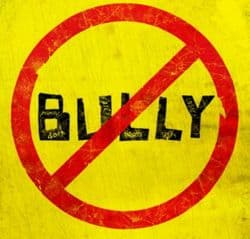 After weeks of activist activity and very public debate, the MPAA has reportedly assigned a PG-13 rating to the Weinstein Company's socially responsible new flick, Bully.

The Weinstein Company (TWC), aided by the guidance and consultation from attorneys David Boies and Ted Olson, announced today that the MPAA has lowered the R rating, given for some language, for BULLY to a PG-13 in time for the film's April 13th expansion to 55 markets.

The scene that has been at the forefront of the battle with the MPAA, the intense scene in the film that shows teen Alex Libby being bullied and harassed on a bus, has been left fully intact and unedited. BULLY director Lee Hirsch felt editing the scene was not an option, and subsequently refused to do so, since it is too important to the truth and integrity behind the film.

Also a victory is the exception the MPAA made by allowing the film to be released with the new rating before 90 days, which is the length of time their policy states a film must wait to be in theaters after a rating change to avoid confusion or inconvenience for moviegoers.

I have yet to see a screener, but it's apparent that this is a movie everyone should see, particularly those with children, nieces, nephews, cousins or any other person who lives in today's increasingly harsh world.

The move comes after Change.org helped collect over 500,000 signatures urging the MPAA to make the flick available to as many people as possible.