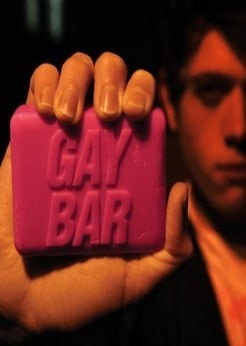 A newlywed woman wrote to Dear Abby to ask whether she should be worried that her fit and attractive husband is hanging out with the gays at drinking establishments.

Dan has been going out with Harry to gay bars where he gets “hit on” often. I can tell he likes the attention. I should also mention that Dan seems to be considerably less interested in sex lately.

His going to gay bars every night is beginning to worry me. If I say anything to him about it, he guilt-trips me about my travel.

Is it normal for a straight man to seek out the company of gay men?

Abby replies: “It is unusual for a straight man to frequent gay bars. But would you feel better if Dan were going to straight bars every night and being hit on by women while you’re away?”

Just because a man hangs out at a gay bar does not mean he is into guys, okay? Some of my best-friends are straight, and, yes, they venture out to the homo pubs with me. Never have they been “turned.” And if this “Dan” is indeed of the gay variety, it’s not because he’s chilling at gay bars.