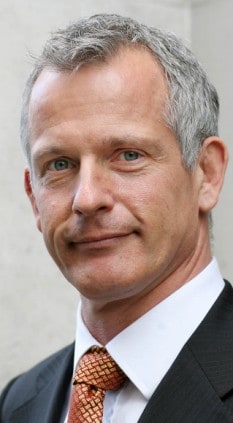 Now he's a mayoral candidate again — as ever, with the Liberal Democrat party — and at a forum on LGBT issues with his fellow major party candidates, he opened up about having been bullied for his sexual orientation when he was a student, and decried homophobia in the police force.

Mr Paddick said: "When I was in school I remember being manhandled, about to be thrown into a freezing pool of water fully clothed because I was gay, until a teacher intervened.

"I also remember boys trying to strip me naked and luckily my brother found out and came to rescue me."

Mr Paddick, a former Metropolitan Police officer, said: "There needs to be an absolute culture change in the police. I will put that pressure on to deal with racism and homophobia within the police."

The other candidates on-hand — including incumbent Boris Johnson of the Conservative Party and ex-mayor Ken Livingstone of the Labour Party — spent their time on the dais trying to out-gay-friendly each other. Livingstone said that London is "gay-friendly" already, but not nearly gay-friendly enough; Johnson boasted of walking "every mile" of the city's annual pride parade, and promised to put out an honest-go-goodness "gay manifesto" before election day.