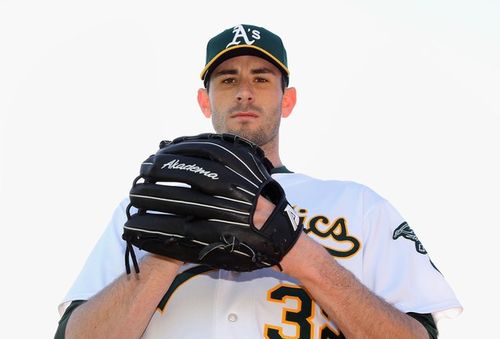 Brandon McCarthy, a pitcher for the Oakland A's condemned stadium "kiss cam" operators yesterday in a series of tweets. McCarthy has had enough of camera operators trying to get laughs out of stadium crowds by featuring two presumably heterosexual men.

"They put two guys on the 'Kiss Cam' tonight. What hilarity!! (by hilarity I mean offensive homophobia). Enough with this stupid trend…the implication is that two guys kissing is funny. That's offensive to gay males…Plus, it's cheap sh*tty comedy so it sucks on that level as well."