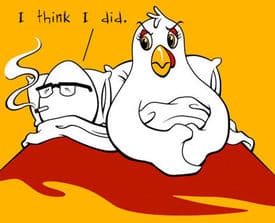 In other Tennessee news, the state senate passed a bill prohibiting the censorship of students' religious views, even if those views include verbally discriminating against LGBT people.

Jake Gyllenhaal is headed to the stage to star in the off-Broadway production of Nick Payne's If There Is I Haven’t Found It Yet.

Mystery solved? "A Sri Lanka hen has given birth to a chick without an egg, in a new twist on the age-old question of whether the chicken or the egg came first."

Simon Cowell puts gay rumors to rest in a new book about the mogul. “If I was gay, why wouldn’t I admit it? It wouldn’t harm me and my mother wouldn’t freak out," he said. Meanwhile, that same book claims that The Voice coach Jessie J is a lesbian, but was told to tell the public that she's bisexual. She claims that's a lie. 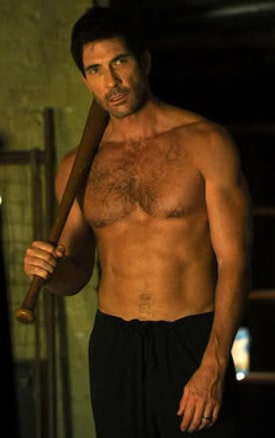 Michele Bachmann claims President Obama is "waving a tar baby" to distract from gas prices. "Tar baby" is of course a term often used as a pejorative for black people.

Joe The Plumber thinks he's got God's vote in his bid to become a congressman.

Director, writer and general cinematic philosopher Werner Herzog did not realize for 35 years that John Waters is gay. "For me, a man is a man. I cannot distinguish a gay man from a straight man. I just cannot distinguish. Unless the man comes in drag and is so obviously gay, then I would notice." 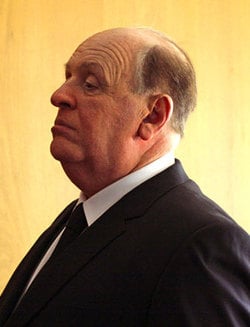 Students at Western Connecticut State University are calling on the FDA to lift its archaic ban on gay men giving blood.

Dream date? President Obama's reelection campaign is raffling off a dinner with him and George Clooney.

Is Invisible Children, the evangelical-backed group behind Kony 2012, trying to overshadow Day of Silence, the annual event that combats anti-gay bullying in schools?

Rachel Maddow was "totally shocked" when Keith Olbermann was fired from Current.

A full list of all the movies competing at Cannes.