The recent law banning "gay propaganda" in St. Petersburg, Russia is being taken up in Moscow, and perhaps, soon, federally, Russian media reports. 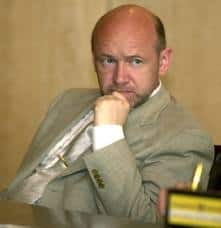 Deputies of the Moscow City Duma discussing the creation of an anti-gay law similar to the one in St. Petersburg have decided to broaden its scope to ban all kinds of “sexual propaganda,” and they said they plan to push the initiative on the federal level.

City Duma speaker Vladimir Platonov proposed the idea and stressed its importance during a roundtable meeting attended by representatives of regions where laws restricting homosexual propaganda among minors have already been enacted.

But the legislation would also ban the spread of materials of a heterosexual nature. Representatives of parental organizations said the law was not aimed at people of non-traditional sexual orientation, but a necessary step to protect children from information that would produce psychological harm, a news release about the discussion on the City Duma website said.

Advocates for the draconian law want it to go federal, and activists are planning a protest for tomorrow:

Platonov also said it was necessary to "address to the Federation Council in order to prepare a good federal legislative initiative that would protect minors from all the negative information."

One demonstrator stood outside the City Duma in a one-man picket to protest the discussion, holding a sign reading "Stop homophobic crooks! Moscow is behind us," Moskovksy Komsomolets reported. Gay rights activists said Tuesday they are planning a parade for May 27 to protest the advance of anti-homosexual legislation in Russia.