Emirates 24/7 reports that public schools in Saudi Arabia have been ordered by the government to bar "tomboys and gays": 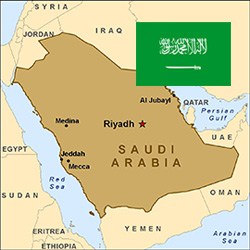 The Commission for the Promotion of Virtue and Prevention of Vice, the most feared law enforcement authority in the oil-rich country, has been asked to enforce the new orders, Sharq Arabic language daily said.

“Instructions have been issued to all public schools and universities to ban the entry of gays and tom boys and to intensify their efforts to fight this phenomenon, which has been promoted by some websites,” it said.

The paper did not make clear who issued those instructions but said gay and tom boy students can go back to schools and universities if they prove they have been corrected and have stopped such practices.

It said high-level orders have been issued to the Commission to immediately enforce the new rules and to step up efforts to combat this phenomenon and other “unacceptable behavior” in public places.