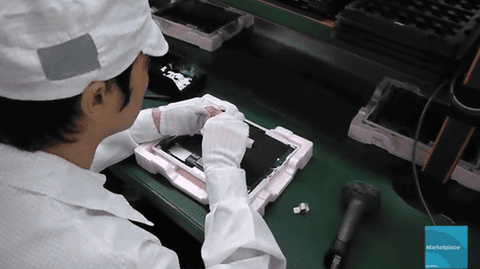 Hoping to gather more information on the controversial factory, MarketPlace reporter Rob Schmitz recently took a trip there to get the inside scoop.

In addition to chatting with a factory worker about his career choice — one motivated by abject poverty more than anything else — and a spokesman about the factory’s efforts to stop employee suicides — they’ve installed internet bars, sports facilities and a safety net for potential jumpers — Schmitz also captured footage of the iPad being made.

You can watch that video, AFTER THE JUMP.