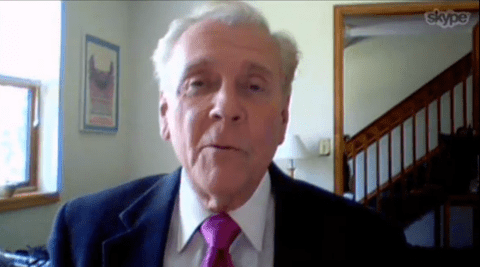 In case you missed it, progressive radio host David Pakman this week hosted discredited anti-gay activist Paul Cameron, a man who has claimed the average gay man only lives to be 42, gay soldiers will rape their straight counterparts and thinks the president is on the closet.

The gents discuss Obama’s alleged homosexuality, the president’s gay marriage support, the dastardly homosexual invasion of sitcoms and his past attraction to men, which he predictably blames on sexual abuse.

Watch it all — and much more — AFTER THE JUMP…