A business owner who came out against Amendment One with a big financial donation is facing hate and boycotts from anti-equality North Carolinians, the NYT reports: 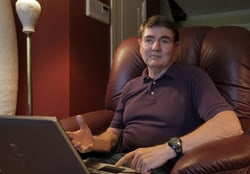 Replacements Limited, which sells silver, china and glassware, and is based in Greensboro. Its founder and chairman, Bob Page, is gay. The company lobbied legislators, contributed money to causes supporting gay marriage, rented a billboard along the interstate near its headquarters, and sold T-shirts at its showroom. Its experience may explain why no other for-profit company followed its example.

Hostile letters and e-mails poured into the company from customers canceling their business and demanding to be removed from its e-mail list. “I understand that your company donated $250,000 or so to the effort to ban the marriage amendment,” read one. “I am very concerned that with an increased visibility and acceptance of the gay and lesbian lifestyle, one of my children, who would have grown up and been happily married to a husband, could be tempted to the lesbian lifestyle.”

Another read: “I was excited to see your wares and expected a pleasant shopping experience. Instead I was accosted by your political views, which I do not share. It was very uncomfortable and unpleasant browsing with all those signs and T-shirts against amendment one, to the point where I had to leave.”

Here's Replacements Ltd's website. If you wish, show Page and his company your support!