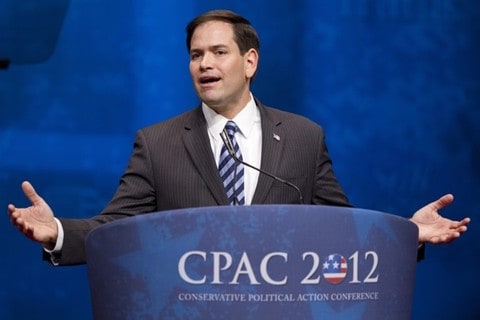 Florida Senator Marco Rubio told Fox Business that President Obama endorsed marriage equality for "political reasons" and to move the political conversation away from the economy. And according to Rubio, long-thought to be a potential veep pick for Mitt Romney, Obama will keep using this tactic as the election goes on.

Via the Miami Herald:

Rubio reiterated that he himself opposes gay marriage for religious reasons, but that the decision to be left to the states. The Tea Party favorite also refused to address the possibility that he could be on the GOP ticket in November, but remarked, "I have no doubt he’s going to make a great selection as his running mate."